A long and vivid dream from last night involving body horror, so be warned.

All things beyond this point are not real events.

I'm in my room next to my window, smoking a cigarette. This isn't something I have ever done or have wanted to do, but there I was. I was fairly relaxed, and was enjoying the morning view outside of my house.

Then, I go out to a street market for the day. The weather was perfect. I get to see absolutely nothing else after one product catches my eye: Jesus cigarettes. Normally sized packs of cigarettes with images of The Son himself featured on the front. Some were of western long-haired white Jesus, others were of a more historically accurate short-haired brown Jesus. All were Jesus in some form, and all of them featured grotesque imagery of a crown of thorns on his head, a cross on his back, him on the cross, etc.

The guys running the stand were all Hispanic, heavily tattooed, and were dressed in tank tops. They were likely to be catholic. Everything was fairly normal until I look behind the stand and see that they aren't even trying to hide the fact that these cigarettes are made from human flesh and blood.

How do I respond? I buy some, of course. My friend who was with me does too. This is when I see that some of the packs don't have Jesus, they have my virtual portrait, as seen on my homepage, or to the right (or below). This is the kind that my friend bought. This did not shock me whatsoever. 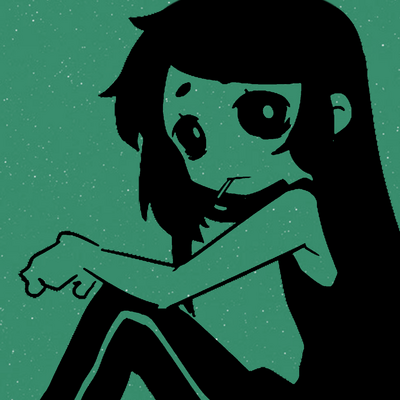 it's me, a cigarette brand

I felt welcome at the stand, so I started working there. My job was to sort through the human body parts and take out the eyeballs, especially the unusually large eyeballs, which there were a lot of. I was told they were large because "those people did drugs".

At some point, a jar of human remains started squeaking. The plastic encasing it was squeezing itself as if by magic, and it was making the most awful sound. I had to get it to stop. I struggled with it, hit it, held it tightly, but it just kept moving. Eventually, I found a metal ring that could hold it open. I dropped it in, but instead of resting snugly inside as would make sense, it started spinning like a coin inside of one of those donation funnels you would see at a museum. The sound it then started making was so consistently rhythmic that everyone working at the stand started singing "Hey Ya!" by OutKast -- to the beat of dead, rattling human body parts. We sang the entire song, enjoying the company of our dismembered human limbs and other bits.

This is where the dream ends. The following section outlines my thoughts about what happened.

The strongest takeaway I got from this dream is that I am subconsciously repulsed by cigarettes. It is ironic, since I make a strong effort not to judge those who smoke, and have had to go off on people who don't do the same. I view any addiction as an illness, not a perpetual loop of a wrong choice.

That being said, illnesses are still often repulsive to think about. So why on God's green earth would I smoke, and why would I do it right after waking up? That is some top tier addict behavior.

You see, I'm not a total stranger to addiction. Back in high school, my future wasn't without prosper, but having ADHD, I was blind to it. People could repeat all they wanted to me that I'd be 18 eventually, that I'd be out as transgender eventually, but this meant nothing. The part of my brain responsible for planning and responding to consequences simply would not make it real to me as it was not immediate. As such, all my life was what existed then and there: a painfully average high school experience, performed as someone who I despised. So what did I do? I drank. The only way to not act like a boy in the few chances I got among my close friends was through alcohol. Let me tell you, they don't call it "liquid courage" for nothing.

I was obsessed with being "dumb drunk Lea". Drunk Lea wasn't awkward and stiff, she made everyone laugh. She was fun for everyone. She was also fun for me. Eventually, it would be the only way I could love myself. Right as I was getting into it, just as I was staring into the deep, dark pit of addiction that I can only see in retrospect, I made a bad decision. I made a very, very good bad decision: I skipped school and drank at noon. I downed everything in the house. I went on every Discord server I was in, made everyone severely uncomfortable, and didn't make the slightest effort to cover my tracks at home. My mom would come back to me crying on my bed, as I knew that there was no way out. It was over.

Yeah, I did put the period after the quotes. Cry about it.

God bless my mom for parenting the way she did. She comforted me, brought me food, and let me rest for a night. The talk that came after was nice and simple: "you can't do this again". She knew now.

Shortly after, I would make a pact of sorts with a close friend who had their own addiction. We both downloaded "I Am Sober", probably the best addiction tracker app out there. It wasn't super serious, more of a "why not" type of deal. This careless commitment would end up lasting one year, before I decided I would begin drinking in moderation. I have succeeded in doing this to date. I'd be lying if I told you that a part of me doesn't still have bad thoughts when I see a bottle of liquor in the freezer, but as for alcohol affecting my life physically, I was done.

With all that said, we were talking about Jesus Cigarettes, weren't we?

I'd be lying if I said I wasn't a little curious about what smoking tobacco feels like. I've had it described to me by an addict before, and to be frank, it sounds like a wonderful experience in the moment. After some thinking, however, I have decided that it is not something that I will ever do, not even once. I simply see no reason to. There are many other substances to try that are not chemically addictive, and create more interesting experiences than a relaxation that I can obtain through better means.

As a parting piece of advice, don't ever think you're above addiction. I sure am not. I dodged a bullet, but more will come for me. If you do something unhealthy with concerning frequency, yet are convinced you can "stop any time", then do it. Try it and see what happens. You won't know you're addicted to something until you try to stop and you can't. It's a beast that's invisible until it has its hands on you. Secondly, realize that anything can be addictive if you build an unhealthy relationship with it. Alcohol, cigarettes, vaping, LSD, mobile games, sugar, eating, not eating, doomscrolling, name searching, etcetera, etcetera, etcetera. My definition of addiction is so wide because I like to be safe, and so there are many things I call addictions that people would raise an eyebrow about. To these people I once again say, if you can stop at any time, why don't you?